Using Clue to track your symptoms and side effects can help you when you discuss your options with your healthcare provider.

However, hormonal contraceptives change levels of estrogen and progesterone, as well as other hormones (4).

*This graph is based on one generic type of combined hormonal contraceptive pill across the cycle. In reality, hormone levels will go up and down as pills are taken on a daily basis, and different pills contain a different hormonal make-up

People using the most common forms of hormonal contraception don’t ovulate. These methods stop the usual production patterns of reproductive hormones and prevent the ovaries from releasing eggs. They do this by stopping or changing the usual hormonal “cycling.” Exceptions include the “mini pill” and the levonorgestrel IUDs. These methods work in a different way, but still prevent ovulation in some people (5).

Hormonal contraceptives that include both estrogen and progestin are:

Hormonal contraceptives that include only progestin are: 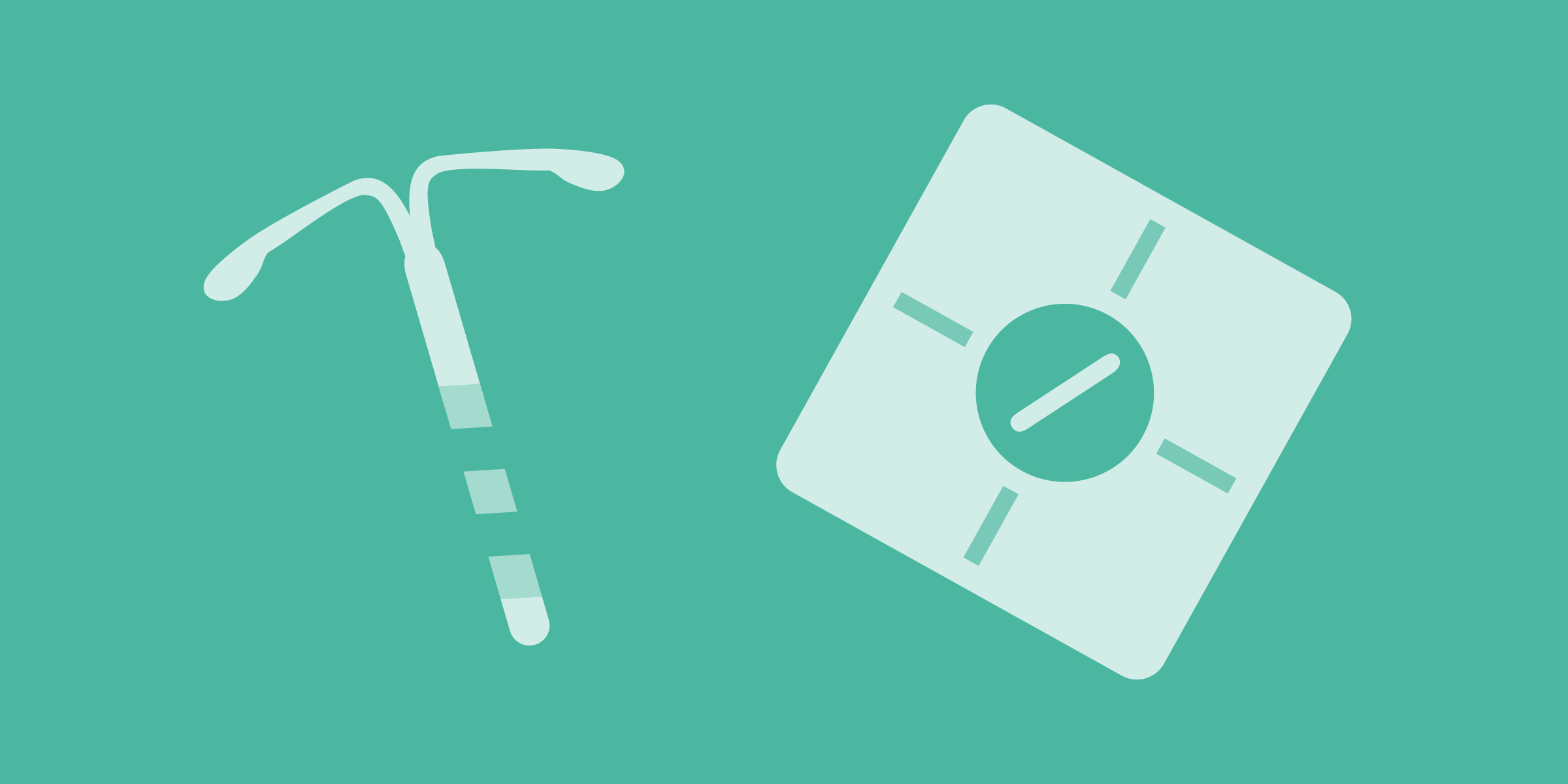 Emergency contraception: when it’s most effective

There is a lot of confusion around the use and effectiveness of...

Physical side effects of birth control

Users of hormonal contraceptives report both positive and negative side effects.

"Menstrual regulation" is one of the top reasons people are prescribed hormonal contraceptives for reasons other than birth control (11). Doctors prescribe birth control to make bleeding more predictable, induce bleeding, or induce intentional amenorrhea (no bleeding at all) (11). This is sometimes the approach used for people with chronic reproductive conditions, like polycystic ovary syndrome (PCOS) (12). But hormonal contraception doesn't truly regulate periods, it delivers scheduled withdrawal bleeds. If the underlying cause of the unpredictable menstrual cycles isn't addressed, they will likely return after going off the hormonal method. This can contribute to delays in diagnosis and treatment. 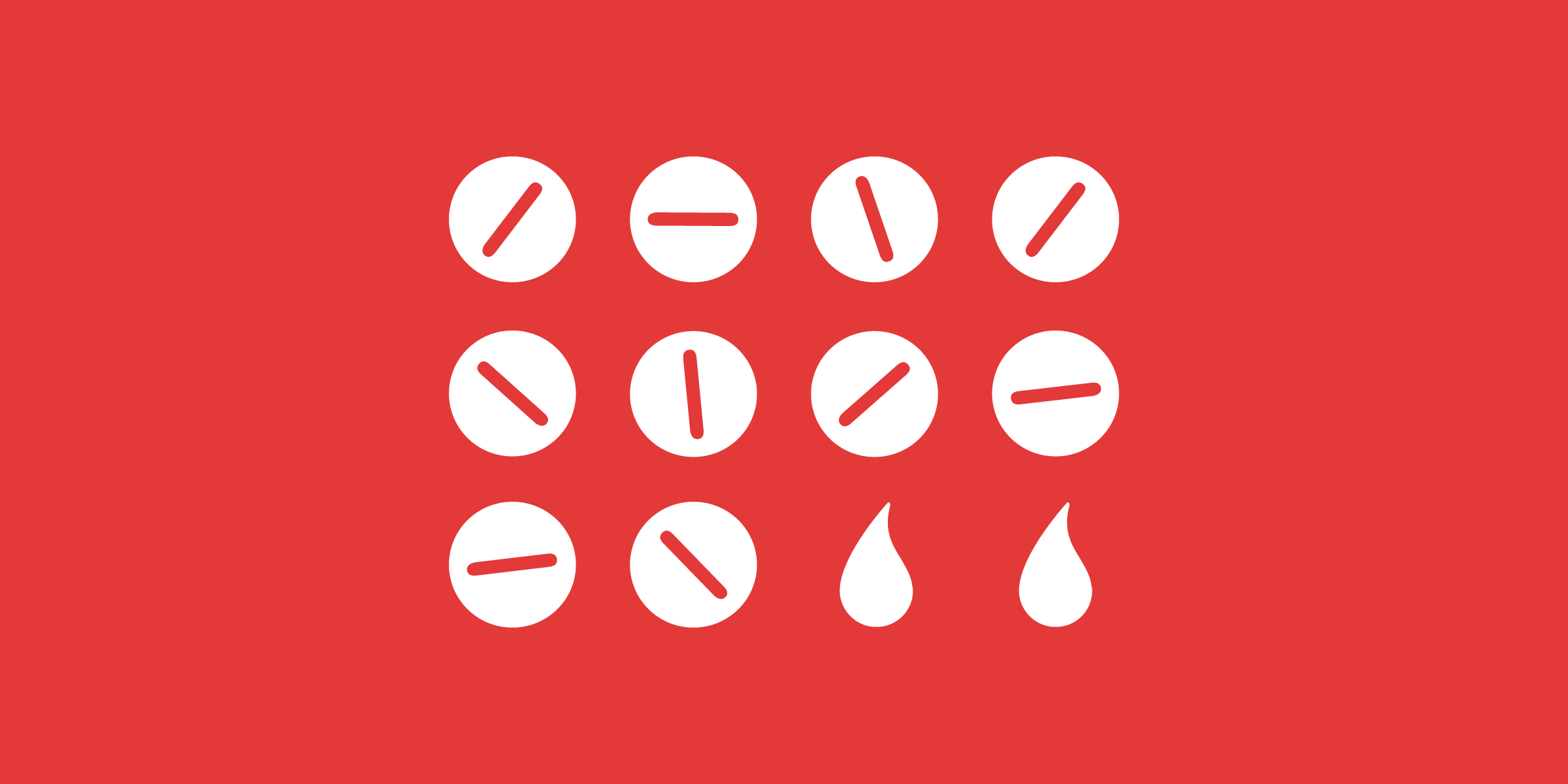 If you experience uncomfortable side effects from your hormonal contraceptive, talk to your health care provider. They may recommend switching to a contraception with a different combination of ingredients.

Emotional side effects of birth control

Hormones impact brain function. Special proteins on cells respond to specific chemicals for progesterone and estrogen. These receptors  are found in many regions of the brain., including the amygdala, which regulates aggression and fear, and the hippocampus, which has important functions for memory processing and storage (20). 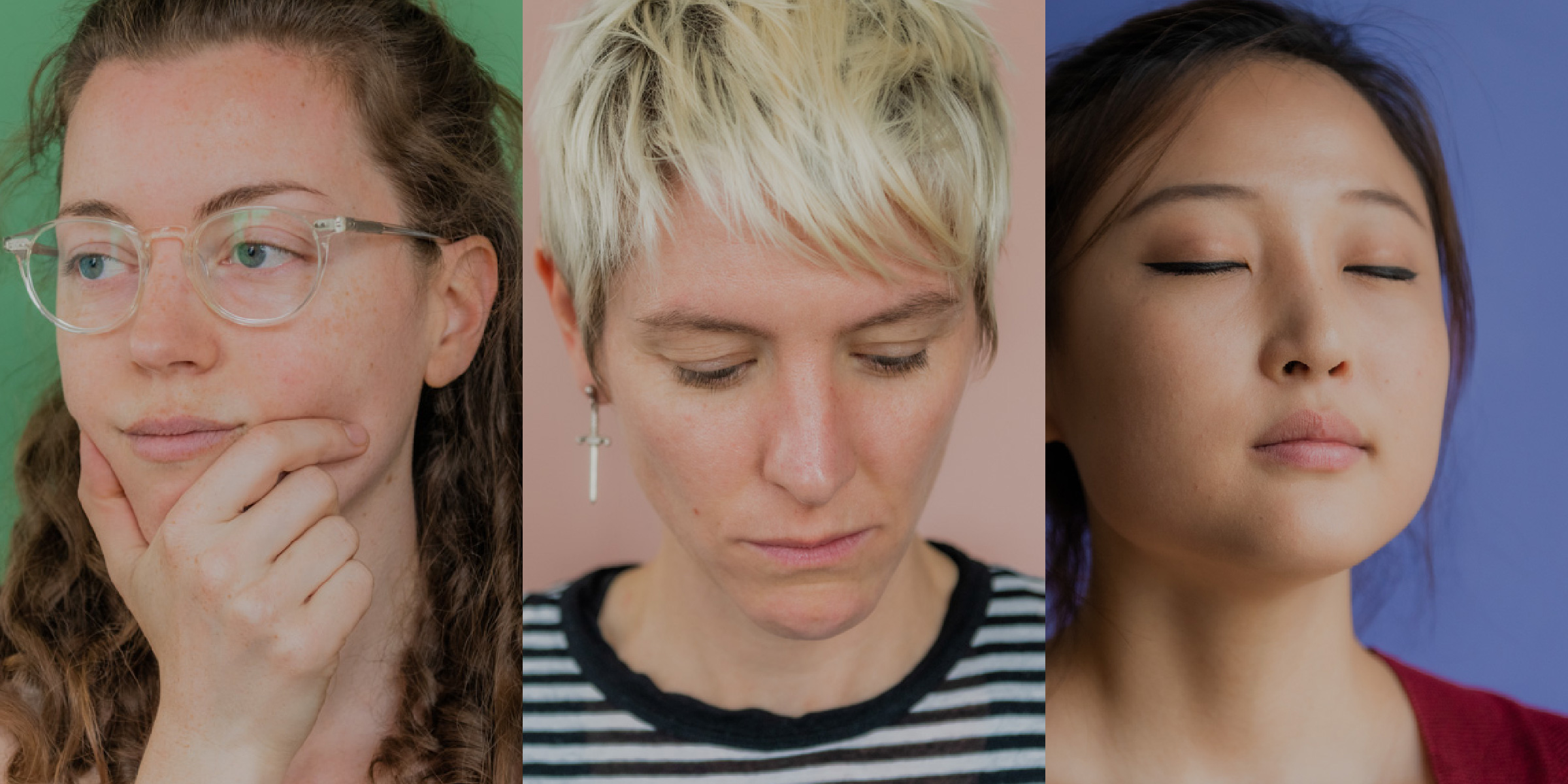 Despite this strong evidence, the relationship between depression and hormonal contraception is not clear cut, and is likely different for different people. And even in the case of an increased risk, the overall risk may still be very small.

People using OCPs have no change in risk (and may have a decreased risk) of fibroids, colorectal cancer, ovarian cancer, and endometrial cancer (10). In contrast, OCP use has been linked to the development of breast cancer (10, 23). People who have used OCPs for many years may be at an increased risk for breast cancer, whereas short-term use seems to have no effect on breast cancer risk (10, 23). Research on this topic is mixed. Different formulations of OCs may have different effects on breast cancer risk and certain groups of people, such as those with a family history of breast cancer, may be at an increased risk in comparison with those without such a history (10, 23, 24).

Using hormonal contraceptives comes with the potential of serious cardiovascular side effects (3, 14, 25–30), though such complications are rare.

Hormonal contraceptive use is also associated with changes to metabolic function. COC use is linked to changes in the levels of amino acids, fatty acids (lipids), vitamin D, inflammation markers, and insulin in the body (3), in addition to changing the levels of estrogen and progesterone in your body. Some of these changes, such as to inflammation markers, are linked with the development of cardiovascular disease (CVD) or stroke (3). These changes seem to disappear after cessation of OCP use (3).

Conversely, POCs do not seem to have a relationship with metabolic processes (3), which suggests that these changes are associated with estrogen or that progestin needs estrogen to create changes in the body.

People who take hormonal contraceptives are at increased risk of blood clots, medically referred to as thromboses, particularly in their veins (25–28). This risk may be modified by the type of estrogen and the amount of progestin (25). Strokes and heart attacks are related to the increased risk of blood clots, as both ischemic and thrombotic strokes are more likely to occur in OC users than non-OC users (29, 30).

Despite increased risks, the likelihood of developing a serious medical problem from typical use of hormonal contraception is low. You can be at an increased risk but still have a low risk.

For example, the maximum risk of blood clots in OCP users is estimated to be about 9 to 11 clots in 10,000 years, depending on the ingredients in the OCP (27). While this risk is 2 to 10 times higher than that of non-OC users, the risk of developing blood clots in postpartum women in the three months following delivery is four times higher than the risk in women taking OCPs (27).

There are risk factors that can increase the likelihood of developing a serious side effect from hormonal contraception. People who are obese, smoke, are older than 35 years old, or have vitamin deficiencies are at an increased risk (26,27). Additionally, some people who have PCOS along with other metabolic risk factors may also be at increased risk (12,31). If you are unsure whether you are at a higher risk for the development of cardiovascular disease or blood clots while using hormonal contraception, talk to your healthcare provider. 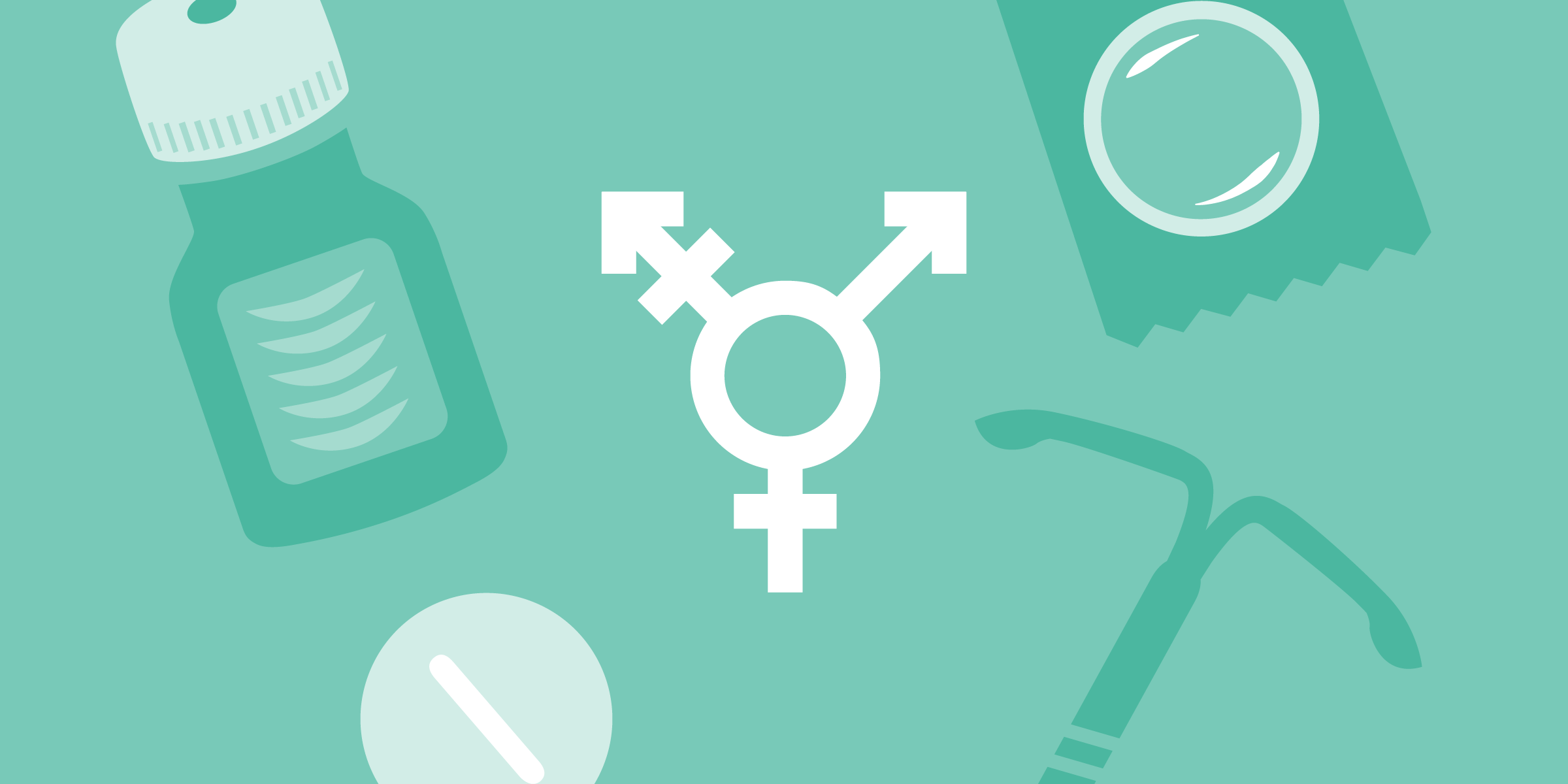 What trans and nonbinary people need to know about birth control

Whether you’re undergoing hormone therapy or not, here’s what you need to...

Hormonal birth control can have both negative and positive side effects

Similarly, although there is thought to be no difference between the active ingredients in generic and brand name hormonal contraceptives, it is possible you may respond differently to a generic or brand name due to the inactive ingredients and so healthcare providers still recommend prescribing based on the preference of the user (32).

You are your best advocate for your health, so it is important to be honest and clear with your needs, be they pregnancy prevention or the management of other concerns. Your needs may be best met by using hormonal contraception, but it may also be the case that the risks do not outweigh the benefits for you.

Download Clue to track your body's changes throughout your cycle.

Using Clue can help you track symptoms that hormonal contraceptives could treat or could cause. The best way to be your own advocate is to know your body.

Clue can also help you use your hormonal contraception. You can use Clue to help remind you to take your pill, check the thread of your IUD, replace your patch, or receive your hormonal injection so you are better protected against unintended pregnancy.

Are you unsure how your hormonal contraception affects you? Download Clue to start tracking your emotional and physical symptoms today.