One of the first things you probably want to know when you see a positive pregnancy test is when you will experience birth. Your “due date,” also called your estimated date of delivery (EDD), is based on your menstrual cycle.

How do you date a pregnancy? 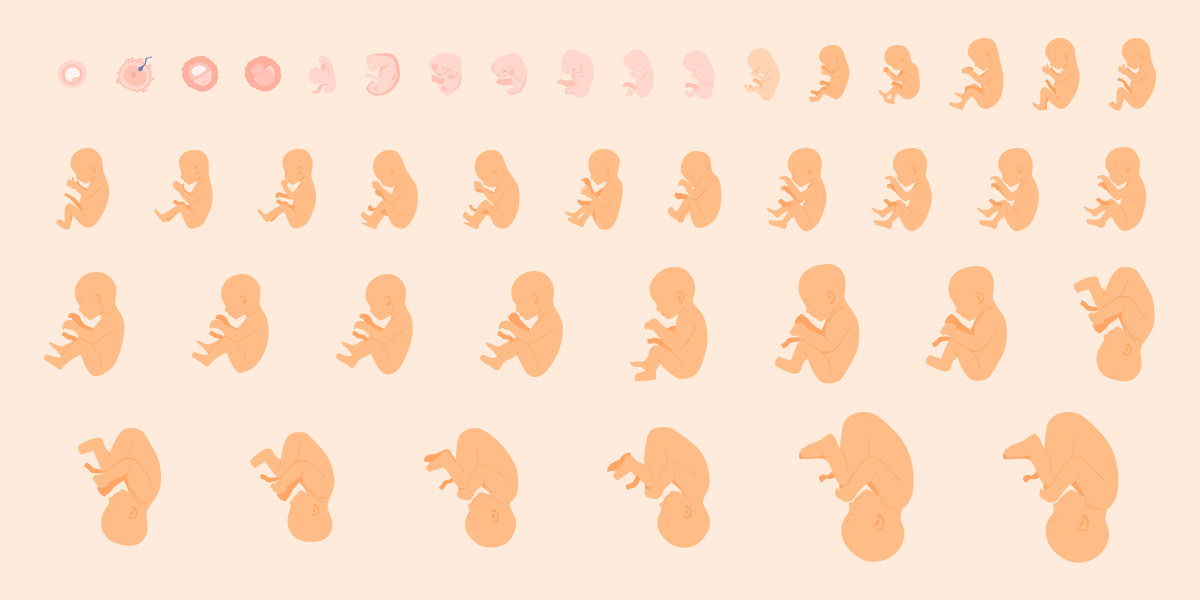 What is the difference between an embryo, a fetus, and a baby?

Fetus or baby? Why language around pregnancy matters

Now, here’s where it gets a little complicated. There are two ways to know how far along your pregnancy is. One is called gestational age and it’s the standard form of EDD used by most pregnancy providers in the USA. It’s based on the first day of your last period, as described above.

The other type is called embryonic age and this is the standard used by embryology researchers, scientists who do research assisted reproduction. Embryonic age is based on the day of conception, which is typically 14 days fewer than gestational age but varies depending on a person’s menstrual cycle (2). Embryonic age is normally not used in pregnancy care, but If you see this term, you can know that it is two weeks less than your fetus’s gestational age.

What is the last menstrual period (LMP)?

Your LMP can be an important milestone for your pregnancy. A menstrual cycle starts with the first day of the period, a date that healthcare providers refer to as the “last menstrual period” (3). Throughout pregnancy, you might see this date on your paperwork listed as “LMP.”

The first phase of the menstrual cycle is called the follicular phase (3). It starts with the first day of your period, your LMP. The period is the time when the ovaries are the most inactive as your body prepares for all the hormonal changes of the upcoming cycle (2).

Because every body is different, and each cycle is unique, an estimated due date based on the last menstrual period won’t be accurate most of the time, unless you have a scheduled labor induction or cesarean section. When an estimated due date is based on your last period, it assumes that you have 28-day cycles and that you ovulated on day 14 (1). Many factors make this method less than perfect, like cycle length and ovulation date variations (3-7):

Ultrasound can more accurately predict the estimated due date

About 4-5% of women and pregnant people birth on their estimated due date (1, 8, 9). This is because of two reasons: estimating gestational age is a varied and complicated process and pregnancies naturally vary from person to person and pregnancy-to-pregnancy (1).

The details we don't learn in school are pretty fascinating.

Ultrasounds, also called sonograms or sonos, can be more accurate than LMP at predicting the date of birth if performed early in pregnancy (9). Research suggests that the most accurate time for an ultrasound is between 11-14 weeks gestational age (9). Ultrasounds performed early in pregnancy may be called “dating scans” by your healthcare provider because they look at the size of several different parts of the fetus to determine its approximate gestational age.

When pregnant people have dating scans in and between weeks 11-14, about 70% will birth close to their estimated due date (1). Ultrasounds are still considered accurate at predicting birth date if performed before 22 weeks of gestational age (10, 11). Third-trimester ultrasounds are not recommended for pregnancy dating, but in some cases, they may be the only measurement available. Third-trimester ultrasounds are generally used for pregnancy dating only if a pregnant person does not have an ultrasound until the third trimester and the date predicted by the ultrasound is three weeks or more off from the due date estimated by LMP (1,10).

Your uterus gives clues about your due date

Pregnancy providers often break out a measuring tape during prenatal visits and mark down the measurement of the uterus. In the absence of any dating technology, measuring the uterus, called fundal height, can give healthcare providers and women and pregnant people a general idea of gestational age (12). During pregnancy, the uterus stays unseen within your pelvis until about 12 weeks (2). Depending on your body type, you may begin to see a “baby bump” as your uterus protrudes out of the pelvis in the following weeks.

An estimated due date is often a “guess date”

There are a few ways to determine gestational age and estimated due date, but none are perfect. Pregnant people often birth weeks before or after their due date. Researchers are working to understand more about what causes labor to start. One prevalent theory is that the fetus sends signals that it is ready to breathe by releasing compounds from the lungs (13). While there are still so many mysteries about what causes labor to start, current dating technology is not yet accurate enough to predict the day a person will labor and birth.

It might not be helpful for planning purposes, but EDD helps healthcare providers monitor the growth of the fetus, as well as some health conditions in both the fetus and pregnant parent.

Subscribe to Clue Plus to track your pregnancy so you can learn about how your fetus is developing, milestones, and tips for birth.