Have you ever noticed a twinge or ache on one side of your lower abdomen? Did it happen a couple of weeks before your period? It could be ovulation.

Ovulation pain, sometimes called mittelschmerz, can feel like a sharp, or like a dull cramp, and happens on the side of the abdomen where the ovary is releasing an egg (1–3). It generally happens 10-16 days before the start of your period, is not dangerous, and is usually mild. It generally lasts a few hours, and for some people can last a few days.

Tracking ovulation pain in the Clue app can help you determine when to expect it.

Ongoing research by Clue collaborator Ruben Arslan at the Max Planck Institute has found that about 1 in 3 people—36% to be exact—regularly track ovulation pain in Clue. (This is of Clue users not taking hormonal birth control who track relatively consistently).

Other interesting findings about ovulation pain:

Can ovulation pain help predict the timing of ovulation?

Statistically, the timing of ovulation pain tracked in Clue seems to be fairly promising as a predictor of ovulation. This doesn’t mean you should incorporate it into your fertility awareness method just yet—but it’s interesting for researchers.

In alignment with previous research that used ultrasounds to determine the day someone ovulated, people in Clue most often tracked ovulation pain on the day just before an estimated ovulation. This may be an additional finding to support one theory of why ovulation pain happens—follicular growth pressure (we describe this below). But more research is needed to know for sure.

Others track ovulation pain on the same day as their estimated ovulation in Clue, or outside of that window altogether. The timing of ovulation is estimated by luteinizing hormone (LH) tests, or retroactively by the date of the start of the next period. Both these methods can be inexact (ultrasound is considered the gold standard).

This is the largest dataset of recorded ovulation pain to be included in research, ever.

This is the largest dataset of recorded ovulation pain to be included in research, ever. Seeing what aligns with or differs from small-sample studies is a novel and exciting endeavor that will help pave the way for future findings. Thanks to all Clue users who contribute to this research through tracking. 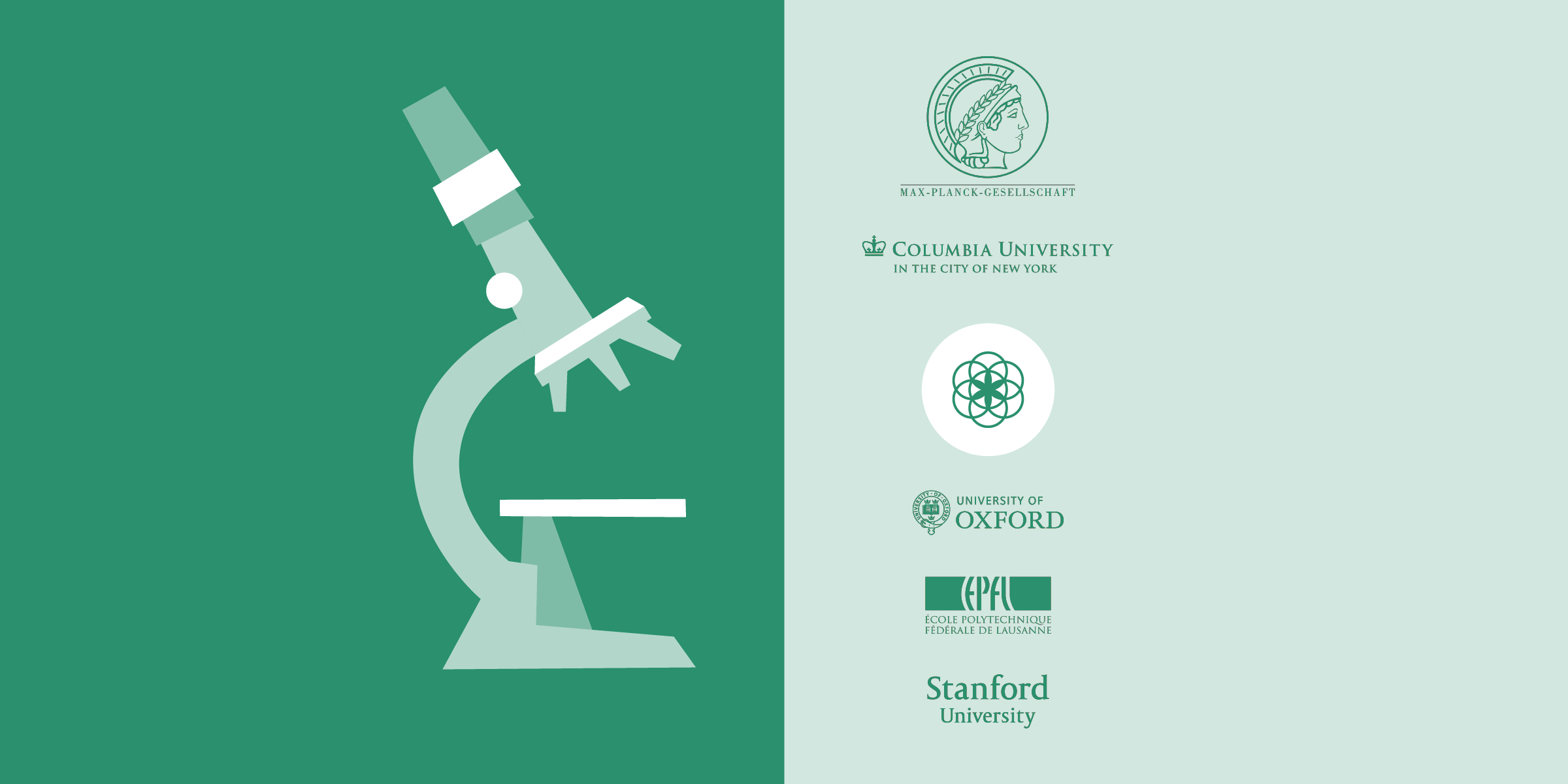 When you track in Clue, you contribute to an unprecedented data set...

How to treat ovulation pain

There are no official treatment recommendations for ovulation pain, and for most people it’s not painful enough or too short-lived to bother with pain treatment.

If that’s not the case for you, an over-the-counter pain medication might help. A hot compress or a bath may also help relieve the pain for some people. If the pain is severe enough, talk to your healthcare provider. Hormonal medications are sometimes used to stop ovulation if other methods haven’t worked and the pain is getting in the way of someone’s day-to-day life.

Researchers still don’t know exactly what causes ovulation pain. Attempts to answer this question in medical literature date back to the mid-1800s. Over a century later, the answer is still unclear.

Here are some theories for the cause.

Tension of a growing follicle on the ovary, and the inflammatory response that tension creates (4).

Follicles are sacs that contain your eggs. They typically grow to be about two centimeters in diameter before they’re released into the fallopian tube (5–8). Prostaglandins (the same inflammatory compounds involved in menstruation) are produced as the ovarian muscle contracts around the growing follicle, possibly causing pain.

Research that used ultrasounds to determine the timing of ovulation found that ovulation pain was typically felt around the time of the luteinizing hormone (LH) peak, about 24-48 hours before ovulation (4). The pain came and went before the follicle ruptured. This has been challenged in other studies.

The release of the egg itself is also an inflammatory event, but it’s not considered as a probable source of ovulation pain. Prostaglandins may help facilitate the release of the egg as the follicle's tissue breaks down so the egg can pass (9). Research has found that taking high doses of anti-inflammatory pain medication leading up to ovulation may actually prevent it from occurring (10).

Irritation of the abdominal cavity from the follicle’s blood when it ruptures to release the egg (1).

Ultrasound evidence in one study found that in 2 in 3 cycles, 5ml of fluid was visible in the abdomen. These cycles were more likely to be associated with ovulation pain. The “fluid” is suspected to be blood, and is released when the follicle releases an egg. They found this fluid could be seen for up to two days after ovulation (1).

There was also a theory that cramps in the uterus, fallopian tubes, or large bowel caused the pain (4), but this has been largely disregarded.

How to know whether you’re feeling ovulation pain

Some people feel ovulation pain for the first time when they first begin menstruating. For others it begins later in life, but is most common in people under the age of 30 (3).

For some people, ovulation pain happens around the same time each cycle (when it does happen). For others, it’s more irregular. This depends on the regularity of ovulation. The pain is typically reported just before ovulation occurs.

For some people, ovulation pain is also accompanied by ovulation bleeding (3).

2. Track whether you feel it on the left side, right side, or both

Ovulation pain is typically felt on the side of the ovary that is releasing an egg that cycle.

For about half of women, ovulation alternates between the left and right ovary (11), which may explain why some people report that it alternates from side to side (3).

In the other half, ovulation side is more random, meaning it doesn’t just go back and forth between. Even so, each ovary usually ends up ovulating just as much as the other overall (11).

Some people might only ever feel pain on one side or another, since it’s possible that only one ovary is a source of pain. One early (read: macabre, cringeworthy) study found that the pain was sometimes resolved in early treatments where a single ovary was surgically removed (3). A theory is that some people may have adhesions on only one of two ovaries (2). Adhesions could restrict the follicles or ovary somehow, and pain is felt when the LH spike occurs to trigger ovulation.

3. Track how long it occurs

Most people report that their ovulation pain lasts between 6 and 12 hours (4). In Clue, the majority of people who track ovulation pain do so for only one day. Others track it for two or more days, but it’s difficult to know to what extent other factors play a role, such as ovulatory pain due to endometriosis.

4. Track the sensation or severity

The sensations or pain of ovulation is as unique as the person who experiences it. For some, it’s not painful, but just uncomfortable—some have described it as a sense of fullness or tension (3). For others, it’s been described as cramp-like, sharp, dull, and intermittent. It’s mild for most but more acute and painful for others (1,3).

You can track severity of ovulation pain by using the custom Tags option in Clue.

Other causes of pain in the general area of your ovaries

An appendicitis, ectopic pregnancy, or complications of an ovarian cyst can all have similar symptoms as ovulation pain, but tend to be more severe and unexpected. These conditions require immediate medical treatment. Ongoing pelvic pain can be a sign of a condition or infection such as pelvic inflammatory disease or endometriosis, which also require treatment or management from a healthcare provider.

People with ovarian cysts have follicles that grow large and can rupture. Ovarian cyst ruptures are similar to ovulation, but they are associated with irregular ovulation, involve abnormally large cysts, and tend to be more severe. The rupture causes moderate to severe pain and can lead to other complications (13). Ovarian cysts are not uncommon, and can be caused by some types of hormonal birth control, like hormonal IUDs (14, 15). Other types of hormonal birth control that stop ovulation are sometimes used to treat persistent ovarian cysts. Talk to your healthcare provider about any moderate to severe abdominal pain.