Many people ask themselves, “Can I get pregnant from precum?” The short answer is yes.

To understand the likelihood of pregnancy from precum (pre-ejaculate), we first have to define the effectiveness of the pull-out method, the presence of sperm in precum, and for whom the withdrawal method is and is not recommended.

Is the pull out method effective for preventing pregnancy?

The withdrawal method is generally not considered a very effective form of birth control. Out of every 100 people using only withdrawal as birth control, an estimated 20 to 27 of them will get pregnant within one year (1, 2). Even with theoretical “perfect-use”, an estimated 4 out 100 people would get pregnant within one year, but it can be difficult to use this method perfectly (1,2). Given that the withdrawal method should theoretically work (no sperm, no problem, right?), why do we see such high rates of pregnancy using this method?

Track your sexual activity with the Clue period tracker app.

One reason is that the withdrawal method is difficult for some to use. It can be easy to forget to withdraw in the moment, or someone may not realize they are about to ejaculate and withdraws too late (1,2). Withdrawing correctly, every time, requires a high degree of control and self-awareness from the withdraw-er, as well as a lot of trust from the withdraw-ee: the control of this method’s use is fully in the hands of one person, and there is no way to tell if it’s been practiced correctly after the fact. 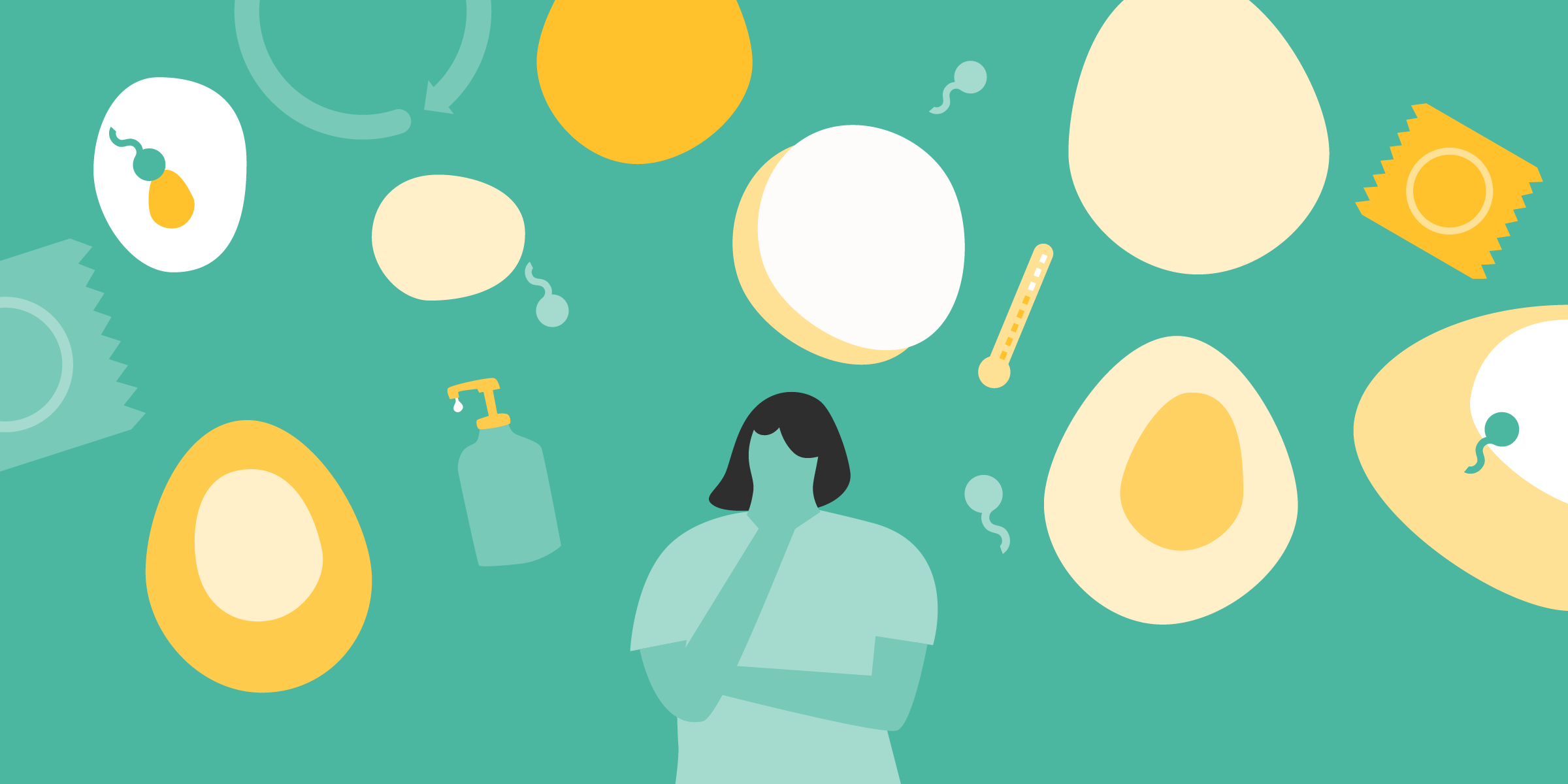 Is there sperm in precum (pre-ejaculate fluid)?

As of Spring 2019, there were only five studies looking at the sperm content of precum fluid. In two of these studies, none of the participants had sperm in their precum (6,7). In the other three studies, between 16 and 41 percent of participants had sperm in their precum (3–5). In these studies, the amount of sperm was low and not all of the sperm may have been able to fertilize an egg (3–5), but there would still be a risk of pregnancy.

It’s a commonly reported idea that sperm in precum is “left-over” sperm from previous ejaculations and that if a person urinates prior to sex, they won’t have sperm in their precum (3). This doesn’t seem to be true.

No sperm, no pregnancy, no problem?

The withdrawal method of birth control is popular, most likely because it’s free and doesn’t require pre-planning (you don’t need a prescription or need to go to the store ahead of time), but its use varies by age, race/ethnicity, and country (9,10). Also, it’s not more popular than other methods. In the United States, 6 in 10 women will use withdrawal at least once in their lifetime, but about 9 in 10 will use condoms at least once (9). In Europe, use of only the withdrawal method (without any other form of birth control) varies from about 1 out of 100 people to 33 out of 100 people, depending on the country, while intrauterine devices (IUDs) are used by 9 out of 100 to 24 out of 100 people (10). Also, not all people using the withdrawal method are using only this method; many use it in conjunction with condoms, spermicide and/or periodic abstinence (i.e. not having sex during specific times) (9,10).

Withdrawal can be an effective form of birth control for some people. Partners for whom withdrawal will work best are partners:

Although the first three conditions are things a person may be able to learn and work on, it’s impossible to tell without laboratory tests if a person has sperm in their precum.

Of course, pregnancy isn’t the only thing a person needs to worry about when it comes to sex. Even if a person doesn’t have sperm in their precum, precum can transmit human immunodeficiency virus (HIV) (1,6,7) and potentially other sexually transmitted infections (STIs).

Our tips on how to prevent STIs

by Jen Bell, and Nicole Telfer

If you’re thinking of using withdrawal with your partner(s), it’s a good idea to think about how comfortable you would be with a potential pregnancy and to get tested for STIs prior to use. If you and your partner(s) have both received clean laboratory tests for STIs (which is the only way for a sexually active person to know they and their partner don’t have an STI, since many STIs don’t have noticeable symptoms) and are okay with a potential pregnancy, then the withdrawal method might be a good fit for you. For extra protection, you could buy emergency contraception ahead of time and have it ready in your home in case the withdraw-er doesn’t pull out in time.

If you and/or your partner absolutely don’t want to get pregnant at this time (or at any time) and don’t know your STI status, the withdrawal method is probably not a good fit for you.

Regardless of what method of contraception or STI prevention you chose to use, you can use Clue to track your sex habits, signs of pregnancy, and symptoms of STIs.

Article was originally published on November 22, 2017.

The pull out method has some significant downsides. So, what is withdrawal and how effective is it? Let’s look at the pros and cons of withdrawal.