Orgasms are difficult to study.

Similar to studying mood or pain, female* orgasms need to be interpreted through not just biological mechanisms but also psychological, sociological and historical trends.

Historically, in Western countries, female orgasms have been highly scrutinized. Orgasms were sometimes seen as unhealthy or wrong. And orgasms that are achieved through stimulation that is not heterosexual vaginal intercourse have been considered unacceptable by researchers and doctors (1,2).

The viewpoint that some orgasms were superior to others has been supported by healthcare professionals. 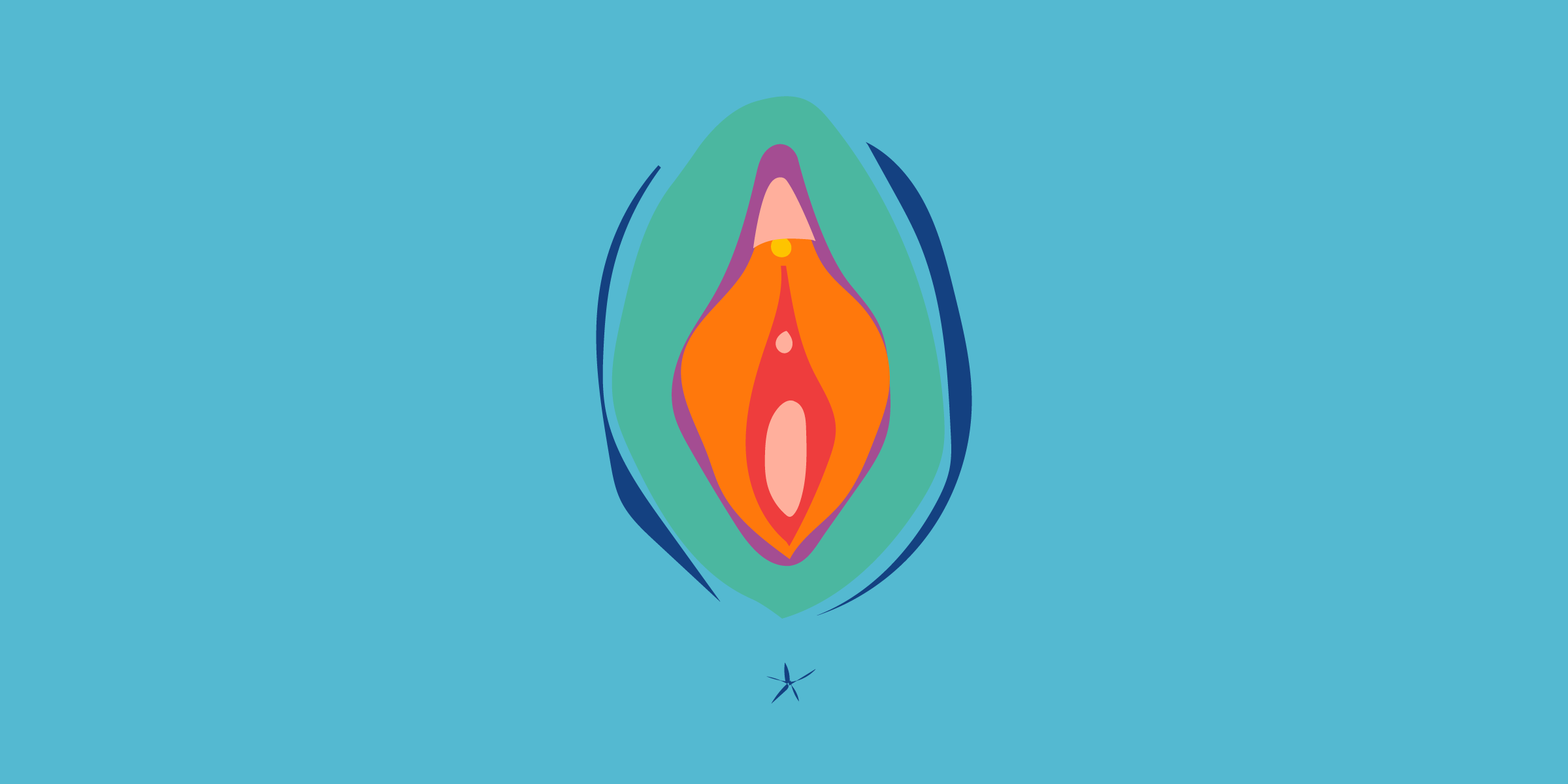 What is the clitoris? And where is it?

by Nicole Telfer, and Clár McWeeney

The importance of vaginal orgasm became so rooted in 20th-century health that an inability to reach orgasm through heterosexual penetrative sex became part of a diagnosable condition in the DSM III (i.e. psychology and psychiatry’s diagnostic book) (4).

The historical and social aspects of orgasm can obscure research

Researchers may bias respondents’ answers by asking questions that imply that an orgasm type exists.

Relatedly, there is a disagreement among some sex researchers about how to classify orgasms (3,5). For example, if stimulation of a non-genital body part causes the genitals to become aroused and the person experiences an orgasm, did the stimulation of the non-genitals cause the orgasm, or was it the arousal of the genitals that caused the orgasm?

Even if a researcher were to do a study using tools that measure arousal, this doesn’t avoid all problems.

People with female genitals have been shown to experience arousal in their genitals but not report arousal to researchers, suggesting that bodily arousal is insufficient indicator of sexual interest or pleasure (5).

Compounding researcher problems are problems of gathering participants for sex and orgasm studies. Enrolling participants in a study is always tricky, but when someone studies a topic that is potentially considered taboo or private, it can be difficult to ensure that your sample is representative of all people in all cultures (this is also called external validity). It also may be difficult for participants to accurately remember or know where and how they were stimulated to cause orgasm (5).

So given all these issues, why talk about orgasms at all?

Given the large amount of social and media commentary on orgasm, it’s important to understand how our bodies and the bodies of our partners actually work so that we can help reduce stigma and stress during sex. In the process, we may learn a thing or two on how to make sex more enjoyable.

The different types of female orgasms

There are many pop-science articles (i.e. articles not published in a research journal) that claim there are anywhere from four to 15 different types of orgasms. As mentioned before, there’s a lot of debate as to how to classify female orgasms. However, there’s little evidence to support the idea that different stimuli reliably (i.e. repeatedly, under experimental conditions) cause different types of female orgasms or different intensity of orgasms. Most people report that “some orgasms are better than others” (6), but this doesn’t necessarily seem to be related to the stimuli that cause that orgasm.

The clitoris contains a bundle of nerve endings and is located in the front of the female vulva and under the clitoral hood (i.e. the triangle part of female genitals that connects to the labia) (3). The clitoris, similar to a penis, will swell, enlarge and become more sensitive as a person becomes more sexually aroused (3,5).

Stimulation of the clitoris is probably the easiest way for most people to experience an orgasm.

That being said, there was a wide diversity in answers regarding how and in which ways a person liked having their clitoris stimulated, with even a few people saying they didn’t like direct contact at all (6).

In the same study described above, less than 1 in 5 women reported being able to orgasm through vaginal stimulation without clitoral stimulation (6).

The ability to orgasm from only vaginal sex may be related to the G-spot, though that is up for debate. The G-spot is not well understood (5,8,9). The G-spot may be its own structure, but it has also been argued that the G-spot is actually a retracted or enlarged clitoris or is a set of nerve endings attached to the clitoris (5,8,9). It’s also argued that the G-spot doesn’t exist at all (3,5). Regardless, there isn’t evidence to suggest that an orgasm from penetration-only is somehow superior to other forms of orgasm; in fact, intentional clitoral stimulation may make orgasm better than penetration-only orgasm (6).

Stimulation of other body parts

There is less research into orgasms caused by stimulation of body parts that aren't the genitals. Because many of these studies are small and aren’t all recent (10), the proportions of people reporting these types of orgasms may not be representative of the rate we would find in a large, representative survey. That being said, these studies do suggest that people don't necessarily need to directly stimulate their clitoris or vagina to experience an orgasm.

Some studies have found that people can experience orgasm through stimulation of the mouth, nipples, breasts, anus, and skin surrounding an injury (6,10).

Orgasms outside of sex

Arousal of the genitals and even orgasm itself aren’t necessarily just experiences that happen during sex.

Download Clue to track your sex drive and sexual activity.

Exercise, especially weight training, cardio, and abdominal-focused exercise, can induce orgasms (sometimes called coregasms in pop-science) and other positive genital stimulation (11). This makes sense biologically, as both exercise and sex can stimulate the muscles around the genitals and can lead to increased blood flow to the area of the body. Exercise may also influence our mood via endorphins and other neurotransmitters (12), similar to sex and orgasm (13).

The goal of many orgasm-themed articles is to help people enjoy their orgasm or gain new experiences. Although there’s little evidence to suggest that orgasm from any particular type of stimulation is better than another, there are some suggestions in the literature on factors that increase or change our orgasmic experience. In the published literature, people reported that orgasms and sexual arousal were enhanced by:

Although portrayals of orgasm in media, partners’ expectations for our orgasms, and our own interest in experiencing orgasm can make us feel like we need to have an orgasm every time we have sex (2), a happy sex life doesn’t necessarily mean having a mind-blowing orgasm during every sexual experience. Many people report that not all orgasms are the same (6), which makes sense—our minds and bodies change from day to day (due to mood, health, stress levels, etc.), and so it’s unrealistic to expect any type of stimulation to elicit the same experience every time. Orgasm is just one of many important elements to sexual satisfaction.

*Note: This article uses the term female and male to refer to cis-gendered sexual anatomy. A person with entirely or partially female genitals may or may not be female as their gender, and a person with entirely or partially male genitals may or may not be male as their gender. There are also people with a mix of both male and female genitals, but unfortunately not a lot of research has been done with this population. I’m using the terms male and female to describe sexual organs because there is little agreement on other terms to use.