When I learned about adolescent breast development, I was stoked for my boobs to grow. It seemed like breasts were the quintessential trait of “womanhood”.

“Any day now!” I would gleefully tell myself as I peeked down at my chest most mornings.

I’m flat-chested. But having a small bust throughout puberty felt unexpected. I thought boobs had to be at least a B-cup, or pretty significant mounds, basically anything that wasn’t my bust.

Having tiny boobs initially seemed disappointing and like something I had to feel ashamed of. Going from training bra to cup bra didn’t seem applicable to me. Most of the bras I came across were very padded—it seemed like they were misleading my traits and wearing one felt unnecessary because I didn’t think I needed the support. Yet not wearing a bra, I felt, was viewed as sloppy.

Despite my acute awareness of my lack of boobs and frustration with available bras—as well as with the long history of societal fixation and favor of large female breasts—I liked my small bosom.

Wanting to learn more, we decided to look into the science of breasts. 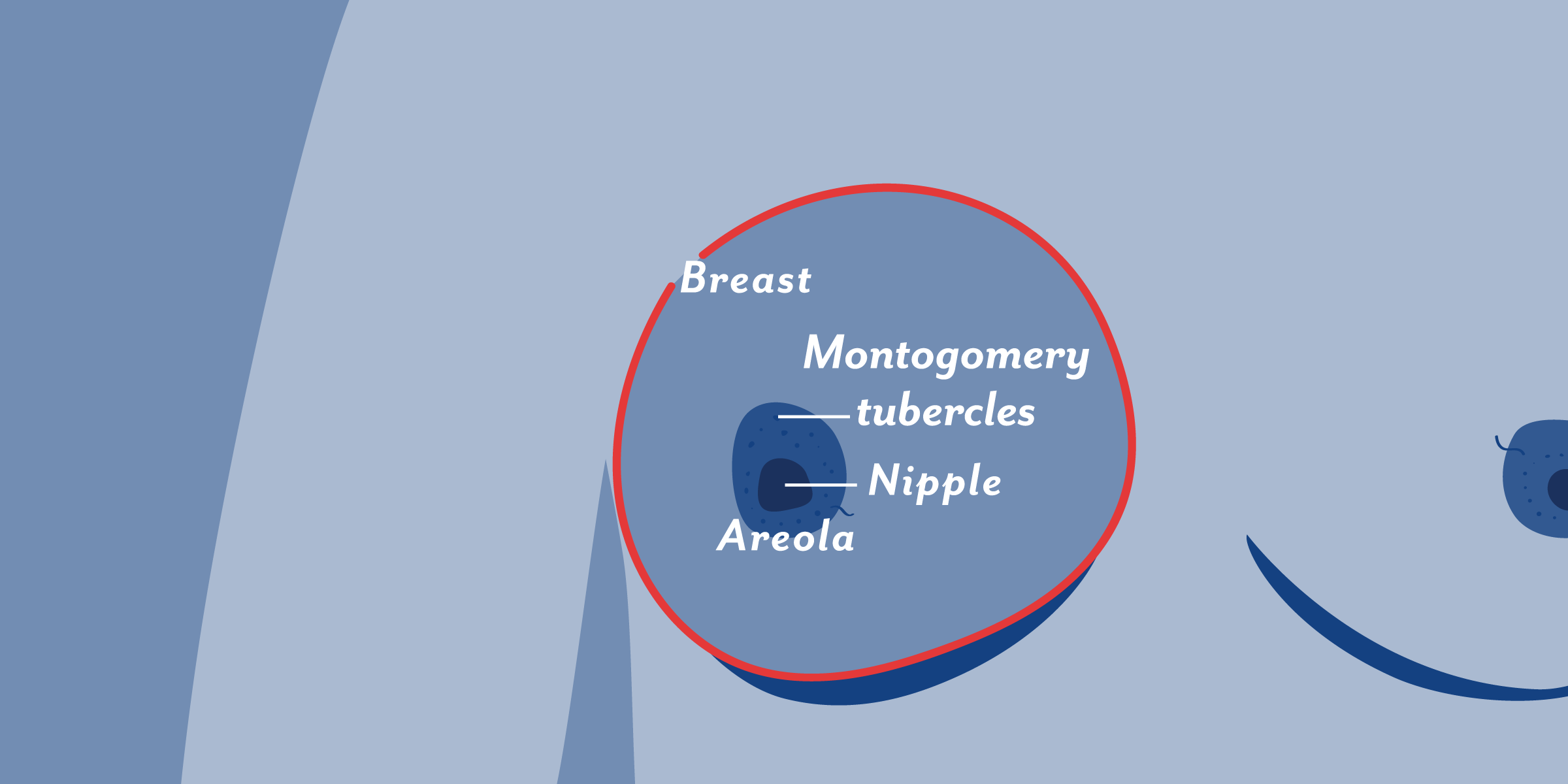 Breasts are more than just paired mounds of fat on your chest. Underneath the skin of the breast is collection of glands called mammary glands, as well as fat tissue. The most obvious function of breasts is to produce breast milk for a baby.

Breast tissue has a maturation period, starting with development while you are still a fetus, and ending in maximum maturity and growth during pregnancy. This means, people who don't ever become pregnant never fully develop their breasts (1).

Download Clue to track breast tenderness throughout your cycle.

Everyone has some breast tissue

Don't think breasts are only for women — everyone has some breast tissue on their chest. The majority of men do not develop "visible" or functional breasts, but in rare cases of hormonal imbalances, men can develop large breast tissue (and even possible milk production), in a condition called gynecomastia (1).

But breasts are for more than just breastfeeding! Breasts are also a sexual organ. They’re a secondary sexual characteristic (along with widening of the pelvis and armpit/gential hair growth) to signalling that someone has gone through puberty (1).

Breasts and nipples can also serve as areas of sexual stimulation and arousal—for people of all sexes, as these areas have many nerve endings and even become erect during stimulation. Around 4 out of 5 of women report that nipple and breast stimulation increases their sexual arousal (2).

The areola is the darker skin surrounding the nipple. You may notice that your areolas also have small bumps on them — these are oil secreting glands called Montgomery tubercles or Montgomery glands (1,3).

Hair on breasts and nipples is common

There may even be a few little hairs which grow on the edge of the breast tissue surrounding or on the areola — this is normal (3). If there is excessive dark, course, thick hair growth around the nipples and on the breasts, this could be hirsutism (excessive hair growth) due to a hormonal imbalance, and should be discussed with your healthcare provider.

Inverted nipples are a normal variation

The nipple is at the centre of the areola, projects outwards, and is where breast milk exits during lactation. Some people (around 3%) have a normal variation, where one or both nipples are drawn-inwards or appear slit-like and do not protrude as much—this is called nipple inversion (4).

If your nipple does change in appearance and shape unexpectedly, speak to your healthcare provider, as this can be a sign of a health condition.

It’s normal to have different-sized breasts

Breasts come in all shapes and sizes—they’re just another feature of our body that help make us unique. Having breasts that are slightly differently shaped or sized is common and normal.

Some people may not even be aware that their breasts are slightly different. For another approach, think about your face—is that perfectly symmetrical? Nope, no ones is— so why hold your breasts to such high standards? (5)

If your breasts change unexpectedly in shape, color, or texture, speak to your healthcare provider as this could be a sign of a health condition.

A quick guide to your breast health

Lumps, pain, and nipple discharge. What's normal and what you should get...

Acknowledging the diversity of breast characteristics is essential in deconstructing the way female breasts are perceived and portrayed.

Mainstream advertising and media continue to hypersexualize women and their breasts. They perpetuate a narrow idea of the ideal breast that women are left trying to meet to feel “normal” or “attractive”.

In reality, the attractiveness of breasts is far more subjective. Breasts also have a purpose beyond aesthetics — like breastfeeding — but social attitudes surrounding this have conditioned some to feel uncomfortable about doing so in public settings (6).

Boobs are publicized as objects that can be made more appealing through artificial enhancement, while their natural potential purpose is meant to be kept private.

When we embed a basic knowledge of breast variety into society, this can lead to an appreciation of breasts’ inherent appearance, and normalization of their functions.

Take care of your boobs and see a healthcare provider if you notice changes.

Lumps, pain, and nipple discharge. What's normal and what you should get checked out.