We get a lot of questions about our choice to be inclusive of all genders when we talk about periods, pregnancy, and other topics. Clue is a woman-created, woman-run app with women at the heart of its mission, and we also strive to be gender-inclusive. Practically, this means that we try our best to acknowledge, in our writing style and our business choices, that gender exists on a spectrum—for instance, we usually refer to “women and people with cycles” when we write about periods.

Here are our stances on trans inclusion, and the latest research behind why it’s imperative for institutions to work toward gender inclusion.

Gender is not assigned at birth

Gender is how you present yourself to the world. It involves choices like whether we choose to wear a dress or a suit, how we do our makeup, or how we act. By choosing the clothes, makeup, and hair styles that match how we feel on the inside about our gender, we are “performing” our gender to the rest of the world. When talking about gender, we use terms like “boy,” “girl,” “man,” “woman,” “masculine,” “feminine,” and “nonbinary.”

Sex, on the other hand, is associated with a person’s body—like whether they have a penis or a vagina, ovaries or testes. Physical characteristics—like facial hair, breasts, and body type—may also communicate gender. While sex and gender are inextricable from each other, sex does not always determine gender. This is why it’s so tricky to try to separate sex and gender as completely different concepts that don’t inform each other or to treat them as black-and-white concepts. Our bodies indicate sex, but they also communicate gender. We try to avoid binary terms like “male” and “female” when possible because sometimes they are not scientifically relevant and sometimes they exclude people.

People who identify as transgender for instance, identify with a gender that’s different from the sex they were assigned at birth (2).

Having a period isn’t tied to gender

Menstruation is a biological process. It is part of a reproductive system that is largely associated with women, but not all women bleed. It can be a complicated topic for trans and nonbinary people. Menstruation can induce feelings of dysphoria for transmasculine or nonbinary people. Worse, trans people may have to hide menstruation for fear of being outed and out of fear of violence (3). 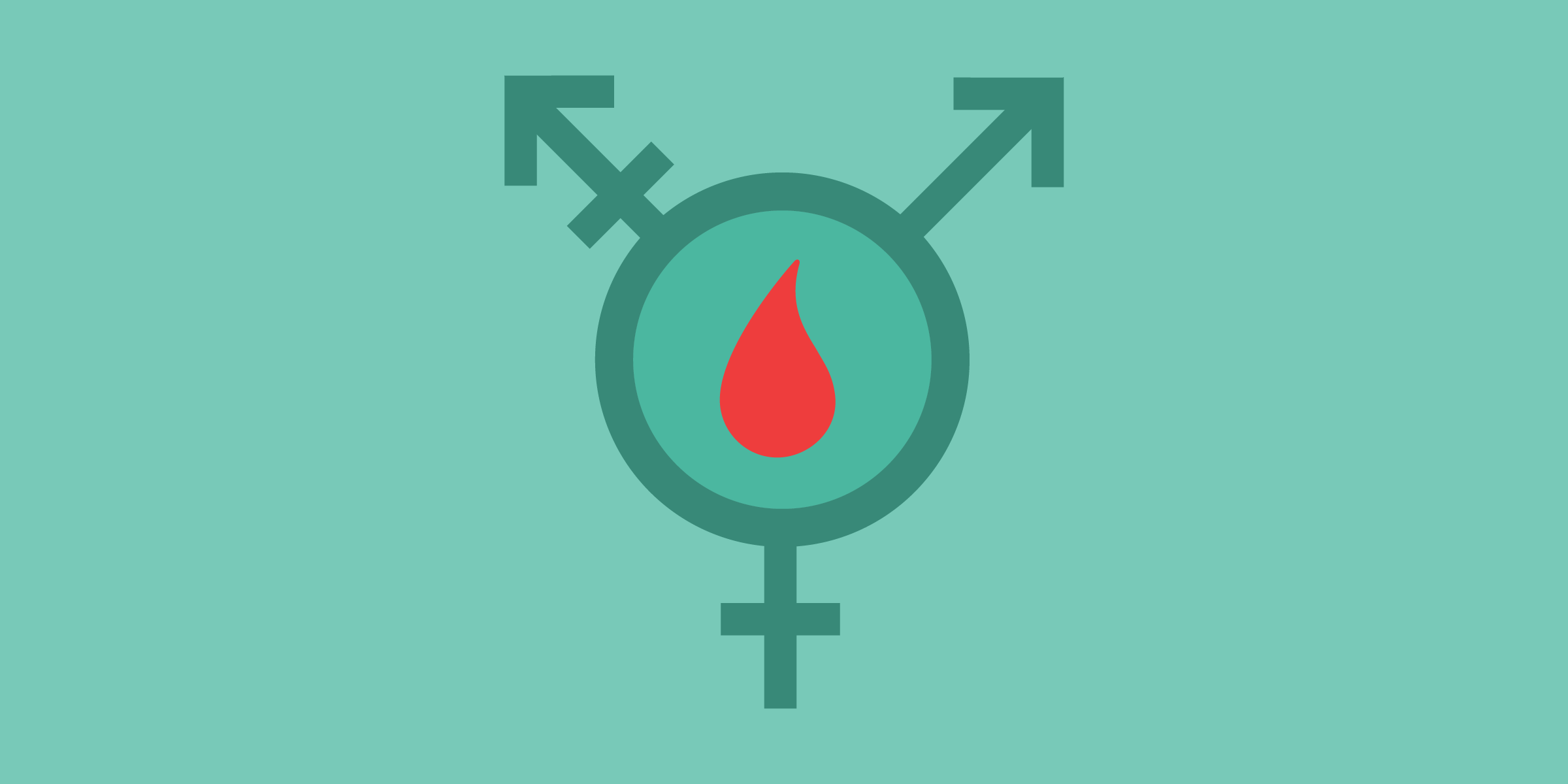 We asked trans men, genderqueer, and nonbinary people how they feel about...

That being said, regardless of whether or not a trans person chooses to use gender affirming hormone therapy does not change the fact that they are trans. Plus, hormone therapy doesn’t always effectively stop periods completely. That means that there are plenty of people in the world who are men who menstruate.

Acknowledging that people who do not identify as women may also have periods can normalize menstruation, reduce stigma against the trans community, and ultimately reduce the likelihood of violence against trans people.

Our editorial team is made up by writers and researchers who are members of the American College of Obstetricians and Gynecologists (ACOG) and the American College of Nurse Midwives (ACNM). These official bodies set regulations nationally for OB/GYN care. Both ACOG and ACNM agree that transgender and nonbinary people deserve access to healthcare that affirms their gender and reduces gender dysphoria (2, 8). ACOG endorses health insurance coverage of medical procedures that affirm gender identity and reduce gender dysphoria (2).

Clue is dedicated to providing science-based information about periods and pregnancy for all users. Just because healthcare spaces for individuals with vulvas, uteri, and ovaries have traditionally been spaces for women, does not mean that trans and nonbinary people should be excluded from them. On the contrary, those spaces should adapt to make them feel welcome and to provide accessible, inclusive care to all those who need it—whatever their gender. Expanding care for all genders ultimately benefits everyone. 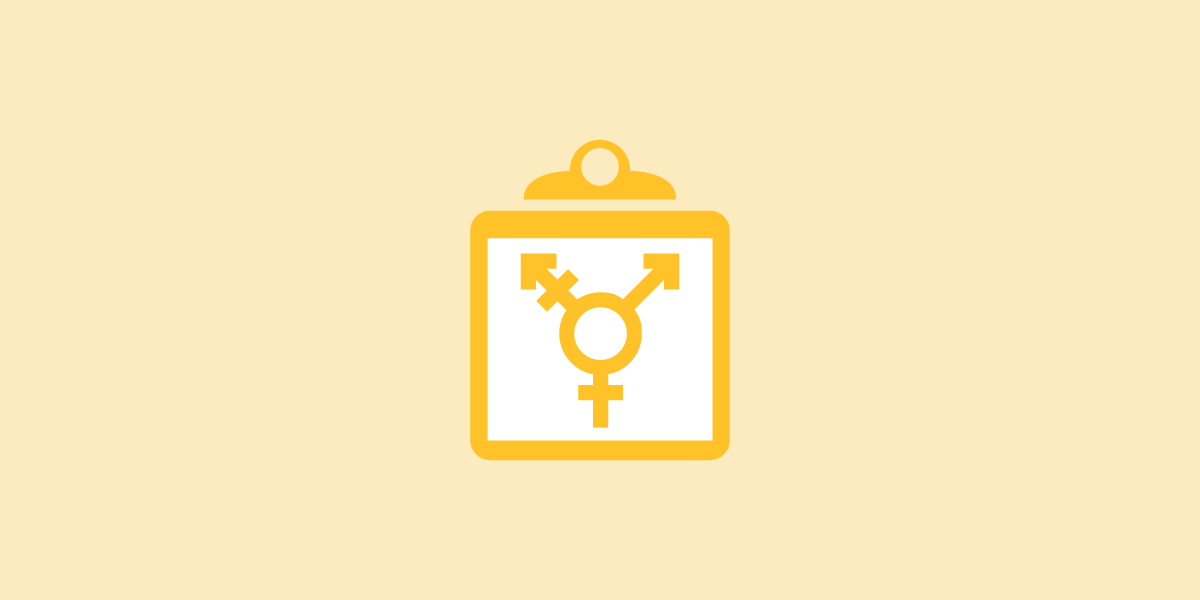 How to find a trans-friendly OB/GYN

If do not feel comfortable with your gynecologist, find a new one — there...

Clue will always be trans inclusive

In a world where only half of transgender people access medical care (9), Clue can provide health information to people who need it.

Health care is less accessible for people in the transgender community, especially among Black and brown transgender people. Transgender people may prolong or avoid seeking medical care for fear of being discriminated against by their providers. This is aggravated by the fact that trans people are more likely than cisgender people to live in poverty and about a third of all transgender people experience homelessness at some point in their lives (9). There are many ways that you can help support trans people during their periods.

We believe that trans people should receive equal—and inclusive—access to healthcare (9).

Birth control is generally marketed and designed for women, but they’re not the only ones using it.