Are you tracking your sexual activity in Clue?

The most popular and accessible type of condom is the male (external) condom, which is placed on an erect penis just before sex. The male condom is an old form of contraception and STI protection—some suggest that the male condom dates back to ancient Egypt, but the first documented description of an male condom was by Italian anatomist Gabriello Fallopio in 1564 in his book De Morbo Gallico, as a method for preventing syphilis (1,2).

Although not as well known, female condoms also exist. They are placed inside the vagina, and they’re different from the dental dam (a barrier placed just outside of the vagina for oral sex).

The female condom that’s available to purchase now in 2018 is a fairly recent invention, developed by Lasse Hessel and approved as a medical device by the U.S. Food and Drug Administration (FDA) in 1994 (5). But like male condoms, the female condom dates far back—the ancient Greek legend of Minos describes the use of an internal condom made out of a goat’s bladder (1,5). The first modern description of a female condom was in 1907, in a patent for a method of collecting animal semen for breeding (5).

A lesser-known and less-available type of female condom is the bikini condom. These are underwear with an opening in the crotch with fasteners that female condoms can attach to, so that the condom is not pushed completely into the vagina. Another type of bikini condom is underwear that has a condom attached in a sealed compartment in front of the vulva, which can be opened before sex (5,6).

Why use a female condom?

Some people find that after sufficient foreplay, stopping to open, find, or put a condom on a penis can disrupt erections and kill the mood—female condoms can circumvent this, as they can be inserted up to eight hours before sex (3,4). Having your partner watch you insert an internal condom could also be a kickstart to foreplay (7).

After sex, the female condom doesn’t need to be removed immediately, but if your partner has ejaculated, it can get messy when you stand up afterwards (4,8). It’s best to remove the female condom lying down. Grasp the outer ring of the condom and twist it around a few times to seal up any ejaculate fluids for a quick and easy clean up process (4,8)

How to use a female condom

1. Remove the condom from its wrapper, and unroll the condom. Pinch the inner closed ring together.

2. Insert the ring as high as possible into your vaginal canal. It's similar to inserting a menstrual cup or tampon. Use your finger to ensure that the condom is deep inside of your vagina.

3. Remove your finger. The rim of the condom opening should rest just outside of the vaginal opening.

There are some other advantages to using a female condom, including the potential for increased sexual pleasure.

Female condoms give women and people with vaginas full control of the protection used during sex. Participants in a focus group found sex more pleasurable with female condoms, precisely because they were in control of their protection from STIs and pregnancy. These people reported that they couldn’t always fully trust their partners to use a male condom, which caused them to worry about the consequences of unprotected sex instead of fully enjoying their sexual experience (12).

Some participants in the focus group commented that sex was more physically enjoyable with a female condom—researchers think this might be due to the lubricant on the condom (12). Like most male condoms, female condoms are usually pre-lubricated with silicone fluids or water-based lubricants (5).

Since the penis is not constricted by a tight male condom, partners may find sensations feel better for them too (4).

Whichever condom you use, keeping them in accessible places and including them in your foreplay can make them a part of arousal, rather than an obstacle

There are a few downsides to female condoms, and not everybody finds them pleasurable.

One of the biggest drawbacks is that they require practice to properly insert, but this gets easier with frequent use (4,8). Try inserting the female condom a couple of times before using it during sex (8).

The requirement that the female condom be inserted prior to initiating any sexual contact or arousal can be seen as both an advantage and a disadvantage—on one hand, you don’t have to interrupt the heat of the moment, but on the other, it means you need to anticipate when you’ll have sex. Inserting the condom before any foreplay is easier than during foreplay, as the vagina and pelvis are relaxed (8).

Noise can be another issue. It’s true, these condoms can sometimes make unexpected sounds during sex. Try adding more lube, and be sure to insert the condom 20 minutes before initiating sex so that condom will adhere to the walls of the vagina (8). Allowing for this extra adherence time may also make sex more natural-feeling and sensitive (8). 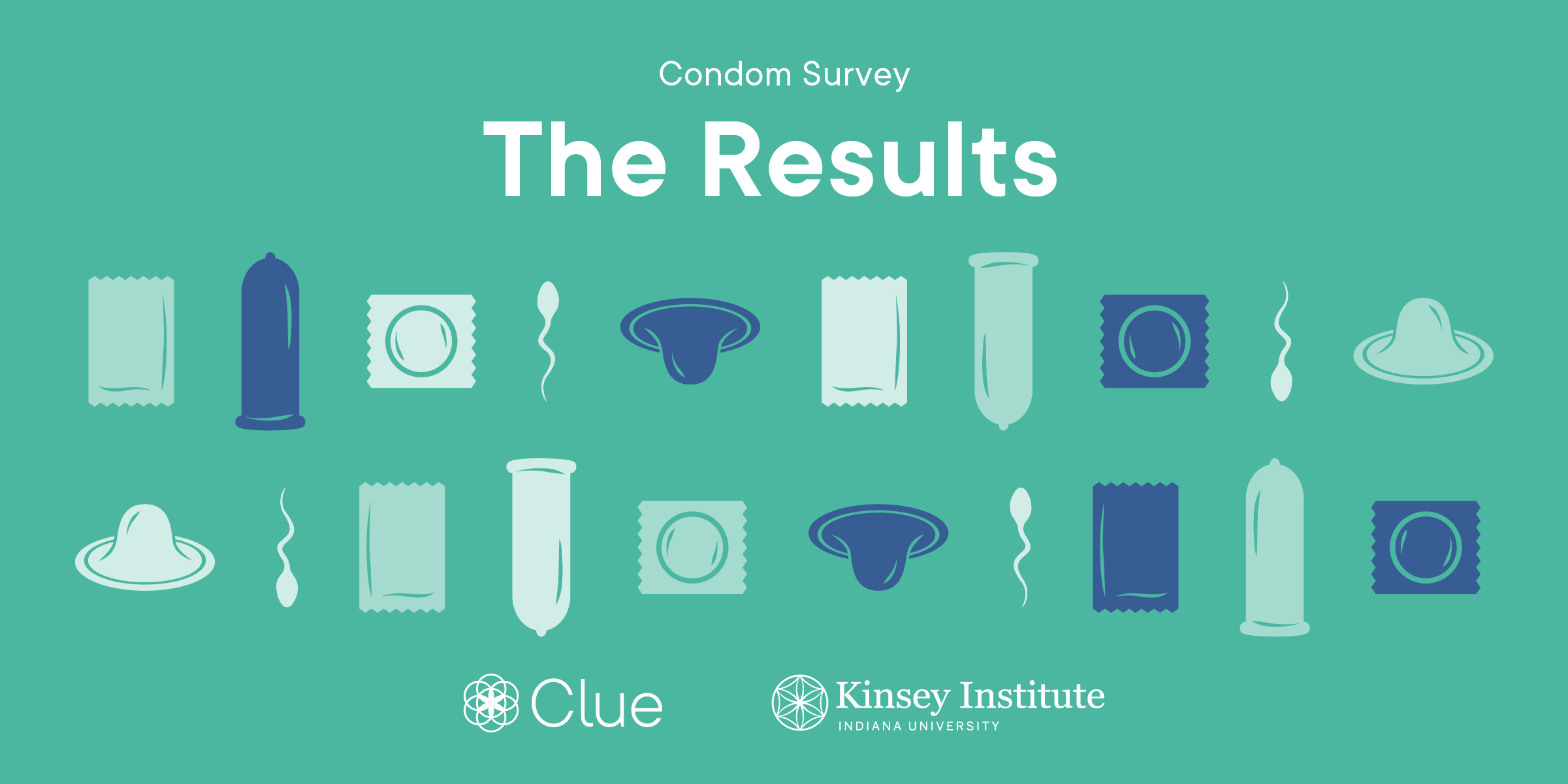 Condom use from a female perspective: Clue’s study with KI-CURT

Clue polled 95,000 people from 200 countries on condom use and menstruation

When used incorrectly, 21 out of every 100 women using the female condom will get pregnant in one year (4). Time should be taken to practice and learn how to properly insert and use the female condom.

Female condoms are not as popular as male condoms, which could be due to the lack of availability, higher price, and/or preference. Female condoms are not generally available in grocery stores, drug stores, or in vending machines. Their sale is usually limited to specialty stores, some pharmacies and reproductive health centers, or online retailers.

We asked the Clue community about their experiences with female condoms.

“I felt empowered because [the female condom] was mine. While normal condoms are more of a guy thing.” —Anonymous

“I loved having control over the method. Being the sole decision maker for a) when (at which point in time) to use the condom and b) putting it on and knowing it was being used correctly—this felt great. In terms of feel it was fine for me—the [material] is thicker than typical condoms, and because there is more material, it folds over on itself a bit and feels a bit material-heavy, but I could get used to this. Maybe future female condoms can be “ultra thin” as well. My partner was less keen, he said it was ‘like having sex with a jellyfish.’” —Anonymous

“I liked the idea of putting it [the female condom] in before arriving [to a partner’s home]; in practice, rolling on a condom is pretty sexy and fun.” —Anonymous

“The noise the condom made was something we laughed about. It's not something either of us plans to have again.” —Anonymous