A few years ago, I stood at the front of a classroom teaching girls about their menstrual cycles. For a lot of girls in rural Kenya, this time to learn about their bodies was, and continues to be, a unique and important opportunity. The boys had been sent out to play so the girls had more privacy to speak freely.

Soon after, I remember an incident with a boy laughing. “It’s great that you’re empowering the girls for us,” he said. This remark was layered.

Empowerment was one thing, but real power was quite another.

He knew as well as I did the dynamics of the communities we work in. Dynamics where power was still predominantly male. To give real meaning to a girl’s sense of empowerment, we still had a lot of work to do.

I went home that day and spoke to my son, who was 15 at the time. I explained to him the remarks I had heard from the boys about them being in power. My son is very intuitive, and what he said changed the way I looked at gender equality from that day on:

“Mum, you have taught me everything about menstruation, respecting girls and all their rights,” he said. “But Mum, what do you know about wet dreams?”

I started to wonder why we rarely included everyone—that is, both men and women—in the conversations about menstrual health.

Were we really making an impact by only talking to girls, even though these boys and men were going to be the ones they married someday? The ones who made decisions, who were the village gatekeepers?

How was I going to change the narrative on girls rights, eradicate the stigma around menstrual health, that for centuries has affected women? Was it even possible that boys would champion to end retrogressive cultures like Female Genital Mutilation, and speak openly about menstruation?

I founded Dandelion Africa, a grassroots organization in rural Kenya, eight years ago. Over the years, I have learned the importance of listening to the community, of embracing change even when it was not conventional, of turning my back to the orchestra. And I have seen the significant positive changes for girls in our community that has been brought about by engagement of boys and men. 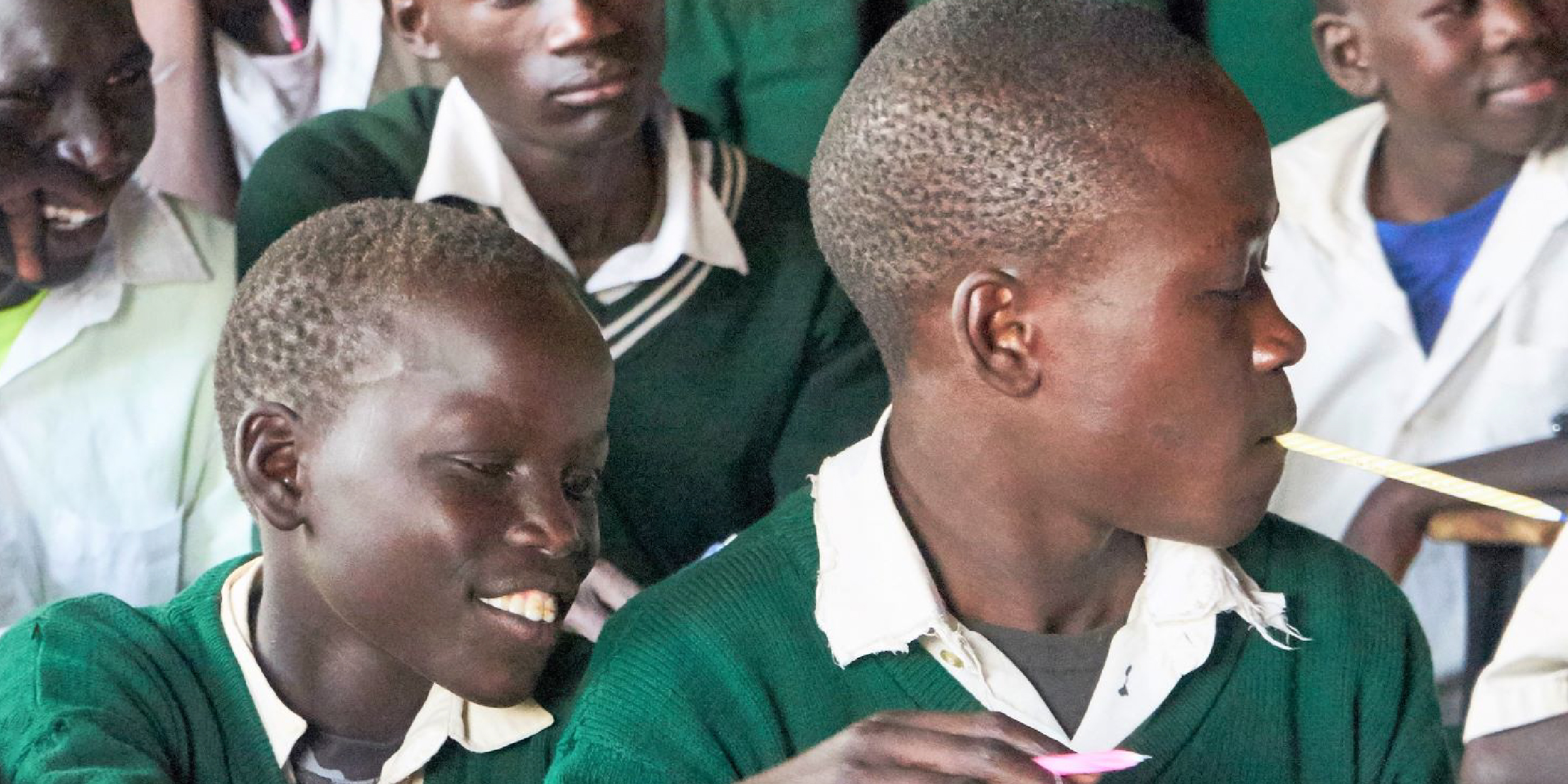 The Boys For Change club was formed that year with 24 young boys from Athinai Primary school, who were between 13 and 16 years old. We trained them with information sessions on menstruation, the effects of FGM, sexual and reproductive health rights, positive masculinity and leadership, and the rights of women, men, girls, and boys.

Our struggle was packaging our message. Who would support a women and girls organization that was focusing on educating boys and men? It was not easy.

Many believed that boys and men were born in privilege, and that power came with just being born a boy. That boys and men would never understand the struggles girls went through every day just because they were born female. It was argued by some partners that the amount of money used to educate boys on girls’ rights was being taken away from girls.

Educating girls on menstruation and their basic human rights, while ignoring boys, felt like clapping with one hand. How was I going to clap with one hand?

In our community, we plant the neem tree. It is hardy and does very well in hot environments. It grows in the most unlikely places, and yet, you have to water it sometimes, and look after the environment if you really want to have a good healthy neem tree.

This is how I perceive gender equality. We train and teach girls, but the environment for them to thrive is not conducive to their growth, sometimes even making it impossible.

By working with boys and men, we are ensuring that the environment that girls grow into is both supportive and conducive for them to thrive. Otherwise, like neem trees, they might not see their full potential. 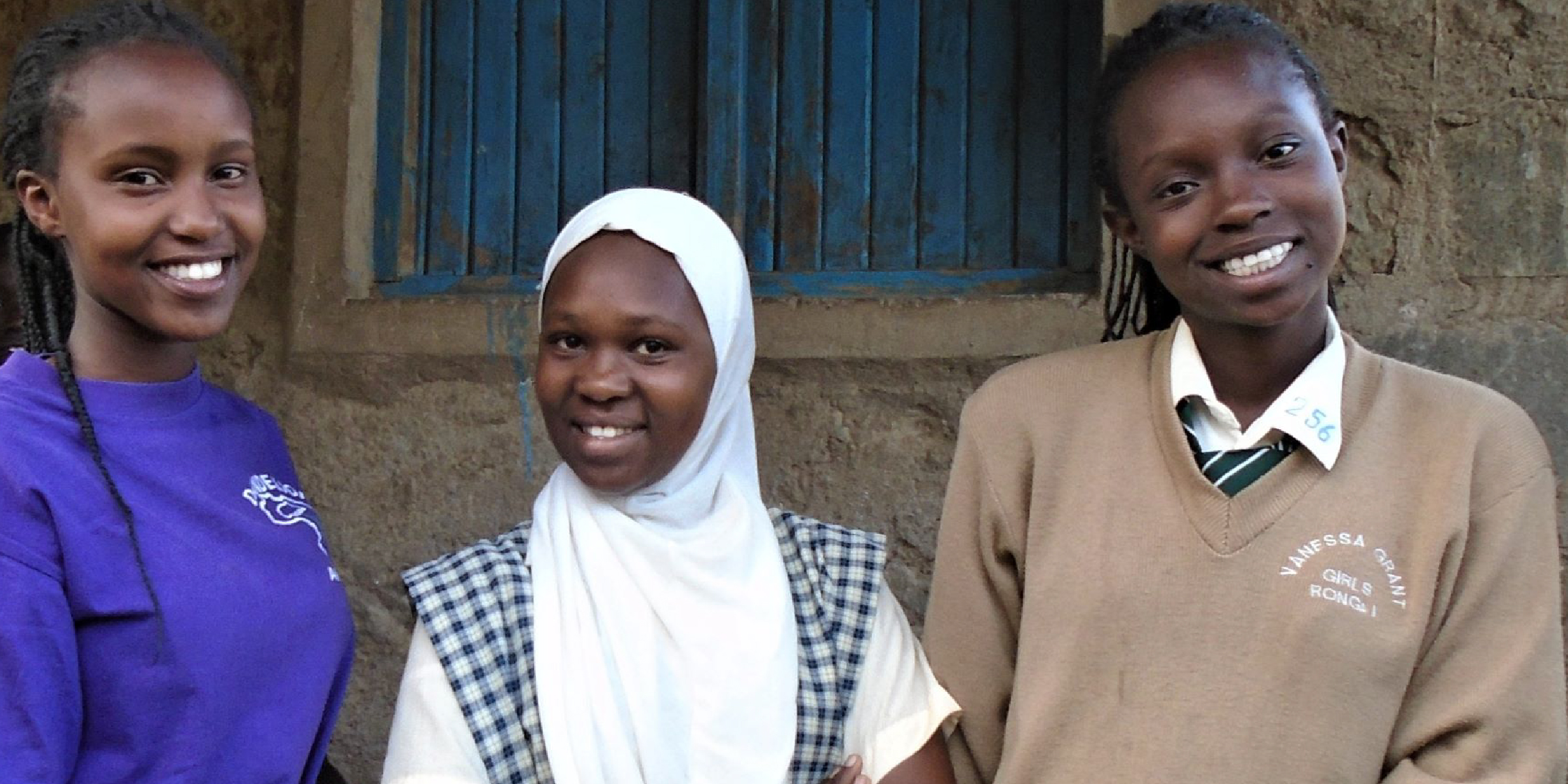 I understood this—I had felt it all my life. As if our culture had decided who I was going to be long before I was born. But did it have to stay this way? Was this the life I wanted for my daughter and all the girls in my village? Was it a given that their future was already determined by culture? Who decided girls did not need to go to school? Who decided girls should undergo FGM, who decided that girls should be ashamed during that time of the month? Where was the power? Who was the power in our community? Why was the gender of power male?

The Boys for change program has been running since 2014. After educating the boys, they resolved themselves that they were going to change our community. Call it intervention, call it innovation, for me, it was pure blessing. They started using art, music, and comic drama during market days to educate the communities on the importance of educating the girl child, significantly reducing retrogressive cultures like FGM and early marriage. They learned how to use sanitary pads and taught about it in open forums to “normalize” menstruation, and this helped build the confidence of girls in schools and the attendance of girls in class started to improve. They started to recruit other boys from other schools and formed clubs in 35 schools. They created a movement.

Today, there are more than 3,000 boys and men in our communities who are championing to end retrogressive cultures like early marriage, FGM, and advocating for equality and equity in opportunities for education in Baringo and Nakuru County.

Boys in our Dandelion Africa youth program teach girls about menstruation in over 35 schools, and have reached over 5,000 girls. It leads to meaningful engagement from both the boys and the girls.

What I have learned from these boys is that we cannot hope to change things if we are afraid to do things differently. As girls and women, we were not born to be defined by culture—we are powerful, resilient, and beautiful people who deserve equal opportunities to thrive. I have learned that with support from boys and men, girls in our community are getting opportunities for education, and when you show a girl opportunity, she will show you possibilities.

The 24 boys I met in 2014 who pioneered the Boys for Change Club, are now mentors and leaders in different high schools. They continue to grow the movement, challenge cultural norms, teach about menstruation, and recruit more boys and men. They encourage girls to step up, use their voices, and to not be afraid to take a seat at any table. Girls are the backbone of the society.

For readers in the Berlin area, please join us for a special evening of storytelling called Adventures in Menstruation, on Tuesday, 30 October.

You can read more about Wendo’s work by visiting Dandelion Africa and their Boys for Change program.