Clue’s office is in the heart of Kreuzberg, a Berlin neighborhood considered a center for art and activism. But even before the fall of the Berlin Wall, Kreuzberg (then in West Berlin) was home to a thriving community of squatters, radical activists, and feminists.

The poster advertised a new exhibition, “Practices of Radical Health Care,” a display of feminist health zines and materials from the 1970s and 1980s in West Berlin. It was organized and curated by the Feminist Health Care Research Group, which formed in 2015.

Clue’s work to create a feminist tool for healthcare is preceded by a long and rich history of efforts to empower women and people with cycles—right in the same neighborhood.

The “health movement” that sprung up in Kreuzberg proposed alternative approaches to healthcare—approaches that were community-supported, feminist, and self-determined. Doctors’ and pharmacists’ collectives emerged. “Heilehaus” (English: Healing House) offered a place to bathe for people who lived without running water. And feminist groups created periodicals about the menstrual cycle and female anatomy, meeting to perform self-exams and group therapy.

I spoke to Julia Bonn and Inga Zimprich to learn more about the exhibition, and the history of feminist healthcare in our own backyard. (The interview has been edited for length and clarity.)

Many feminist ideas that might appear new or radical to people—including approaches to knowing your own body as a woman or trans or non-binary person—were actually first articulated in the ‘70s or ‘80s. For whatever reason, many ideas from that time are not easily discoverable, or have been forgotten. Is this something you’ve found in your research about West Berlin at that time?

Inga Zimprich: It's a big issue that we deal with on a daily basis. Our role is to value and appreciate what our predecessors have done, and connect to them. And in addition, to connect them to the people we're working with now.

But I have the feeling that there was a dismissal of feminist knowledge and an anti-feminist backlash during the 1990s and early 2000s, that was quite effective in destroying feminist knowledge and practices. Certainly second wave feminism lacked perspectives, like not including trans people, for instance. Or producing a predominantly white middle-class academic feminism. Yet, what we understand when we talk to people involved in the movement during that time is that so many people were involved in the health movement. That's really when you can talk of a movement: A lot of people were changing their lives. They made health and healthcare a public political issue. It makes me sad to realize how much of this knowledge has been forgotten or suppressed, for instance, through anti-feminist rhetoric, anti-feminist politics. I'm quite glad that this is sort of loosening up again. And that feminism is coming back so strongly. 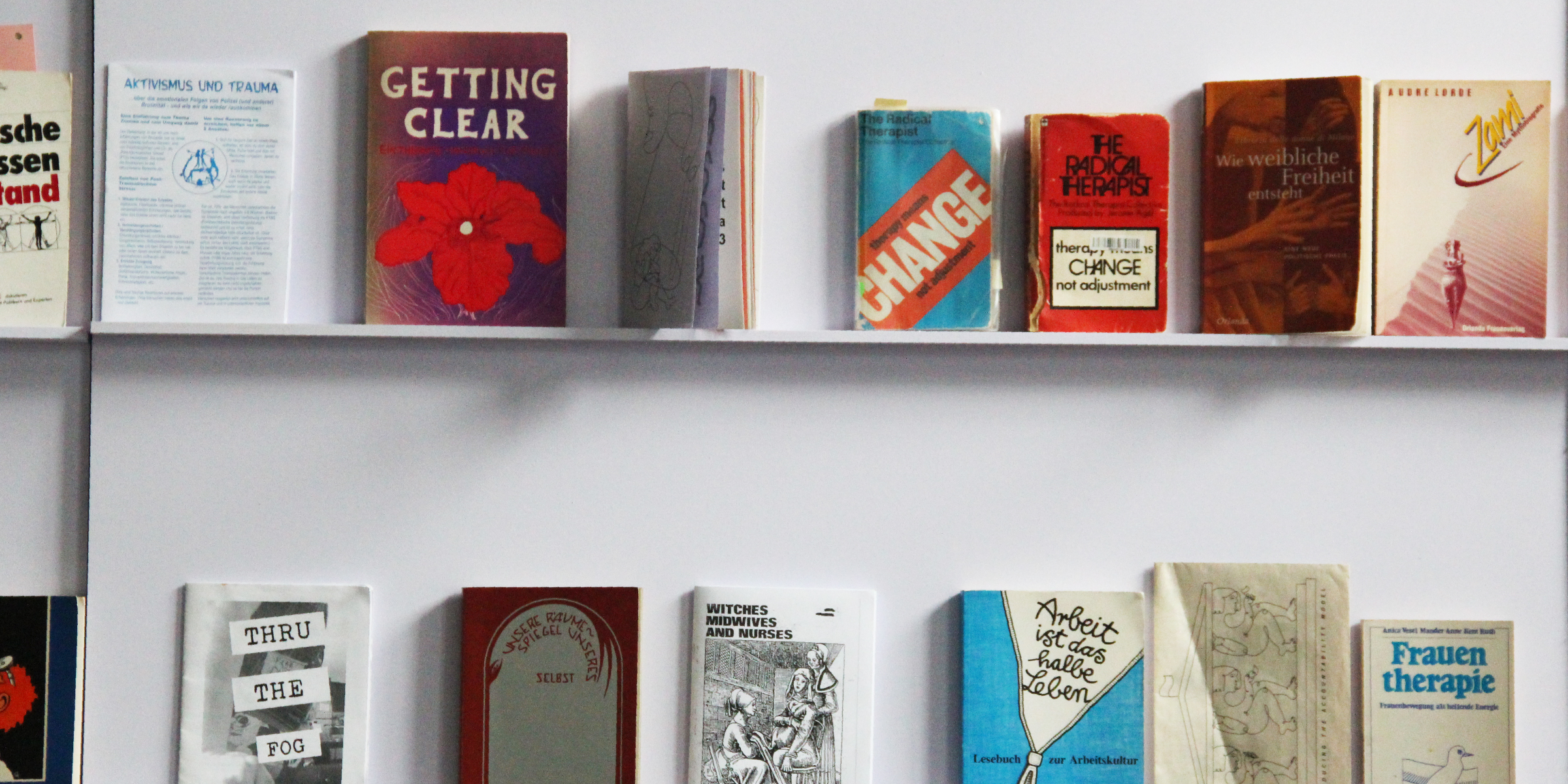 Julia Bonn: We are mainly focusing on West Berlin at the moment. There was a certain atmosphere with the squatting scene here. In the case of Heilehaus for example, the people occupying it decided that this was not a place where people should live, but where healing and healthcare should take place. Many squatted houses didn't have running water then, so the inhabitants couldn't wash. Hygiene was a problem: Often people had lice and scabies. Heilehaus developed alternative treatments, salves, and provided washing facilities.

They published leaflets about healthy nutrition and herbal remedies, kind of squatters health magazines. When people were beat up by the police in demonstrations, they were offering first aid. So this was part of the whole atmosphere in West Berlin at that time. Heilehaus still exists today and offers its facilities and services to people.

Inga: On one hand the health movement consisted in the development of alternative and autonomous structures, like Heilehaus. Currently we are talking to somebody who was part of a Pharmacist's Collective. Around the corner [from the Clue office], there's still a Doctor's Collective, where you earn the same amount of money, whether you're a doctor or a receptionist. In the women’s movement at that time, they were translating a lot of influences coming from the U.S. Books about radical therapy, feminist therapy, and also resources like “Our Bodies, Ourselves.” Many people started to engage in starting to work in consciousness-raising groups, self-help groups, or doing radical therapy. 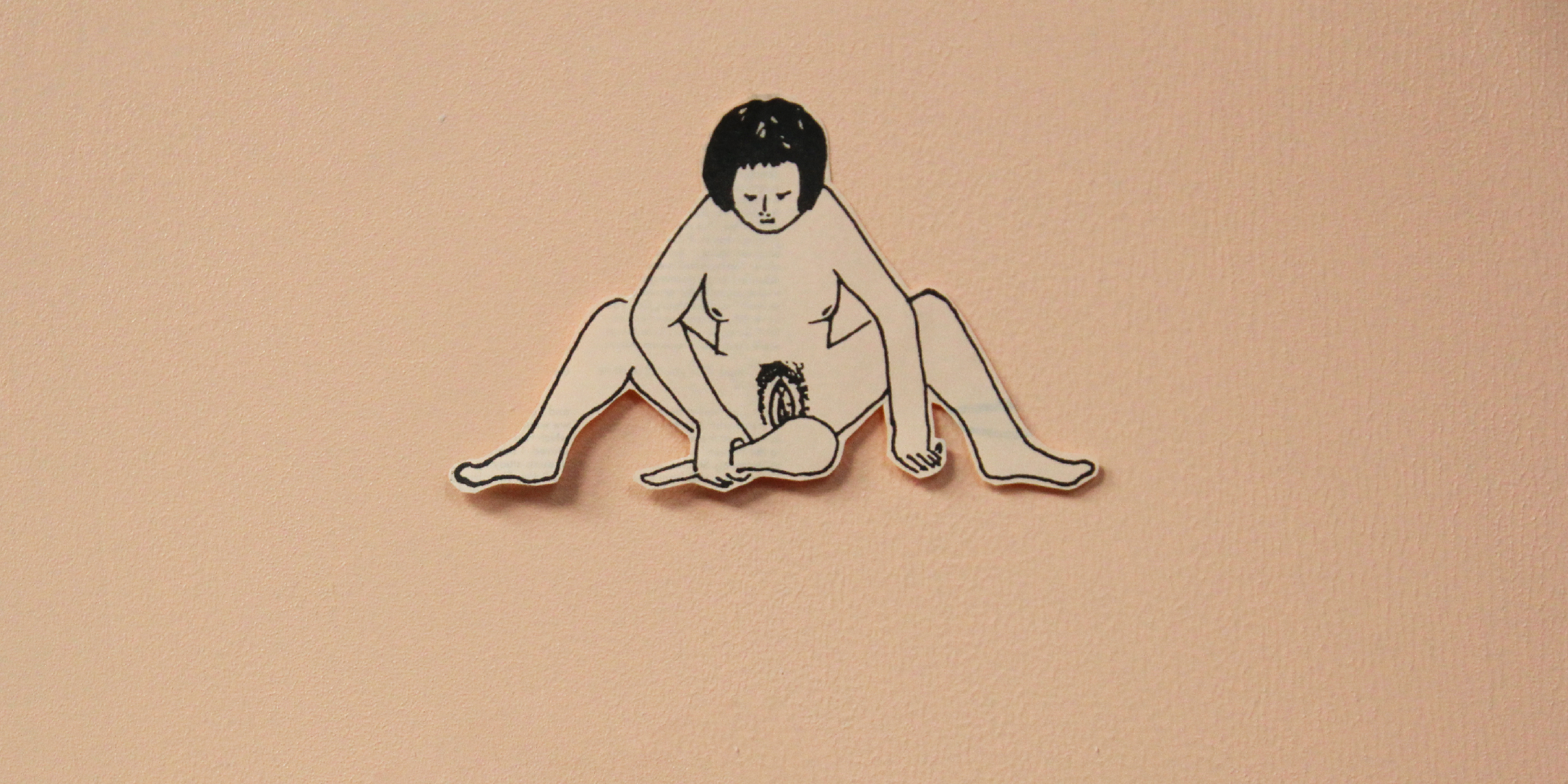 So I think the health movement consisted of both: On one hand individuals engaging with and training in alternative practices and changing their lives, and on the other hand developing models how one could possibly imagine alternatives in healthcare. Altogether the health movement opposed the normative, hierarchic and patriarchal medical practice of that time, developing visions about what healing and healthcare could mean.

What kind of publications have you encountered in your research? I'm very curious about the illustration you included on your poster. It's so wonderful.

Inga: In the ‘70s, the Feminist Women's Health Center (German: Feministisches Frauengesundheitszentrum, FFGZ) began to issue Clio, a periodical newspaper for self-help. It is still in print today. It's a magazine in which you learn about a certain aspects of health. It could be endometriosis, or menopause, contraception or abortion, you name it.

And the Pharmacist's Collective published the Gesundheitsbuch (English: Health Book) a book that's like 1,300 pages thick. It consists of health advice, newspaper clippings, household remedies that the editor collected everywhere. It's all cut up and glued together by hand and reproduced.

The image we chose for the project, a drawing of fingers testing cervical mucus, comes from a publication “Natürliche Geburtenkontrolle” (English: Natural Birth Control) by Margaret Nofziger. It stands for practices of self-empowerment to regain access and knowledge about health, particularly in gynecology.

We really enjoy the aesthetics of the time. But more than that, we feel that drawing attention to these materials again means to share so much knowledge. That's why we're so fond of these publications—that’s why we collect them and show them in the exhibition as well.